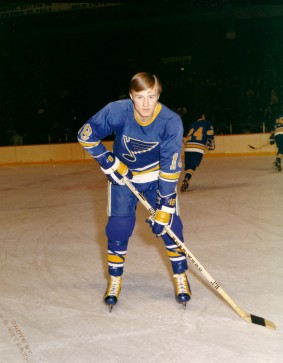 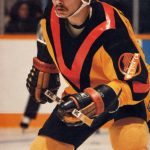 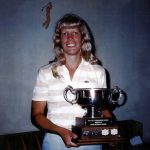 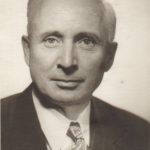 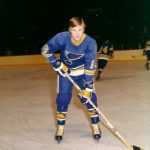 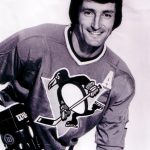 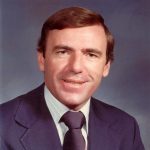 Floyd Thomson was born in Capreol, Ontario a healthy thirteen-pound baby. His mother taught him how to skate when he was just a toddler. And skate he did. When he played minor hockey in the Capreol – Sudbury area he was so good that everyone expected him to “put all the pucks in the net.”  His grit and determination were clearly evident in his early
years.

Floyd played his amateur hockey in Northern Ontario Hockey Association with Falconbridge-Garson. In 1969, after ]r. Hockey, he was invited to the Fort Wayne Comets of the International Hockey League and played with them for one year. In preparation for the 1970-71 hockey season he accepted an invitation to play summer hockey in ]ohannesburg, South Africa. Returning to North America, in September 1970 he signed as a free agent with the St. Louis Blues and played a regular shift for the CHL’s Kansas City Blues.

Even though Thomson went through the usual growing pains as an NHL rookie it did not take long for him to be recognized as one of the most focused players in the NHL. He may not have been the most valuable player on the ice, but according to teammate Red Berenson he was certainly the most valuable person on the ice, a man’s man.

Beginning in 1972 he spent the next five years as a playmaker and penalty killer in St. Louis. Gary Sabourin, Red Berenson and Gary Unger took the young Thomson under their wing and provided the confidence necessary for him to develop his goal scoring skills. He developed as an honest player worked both ends of the ice, and according to Gary Sabourin, “He could muck the puck out of the corners. If there was any trouble he could look after that too.” He gave 110% with every stride, every shift, and every game. One Blues official said, “Give me a team of eighteen Floyd Thomson’s and I’II give you a Stanley Cup winner.”

He played a total of 411 NHL games for St. Louis Blues scoring a total of 153 points. The 341 minutes he spent in the penalty box were a further testament to his scrappiness. Floyd speaks very highly of the team camaraderie in St. Louis. “With the support and generosity of the Salomon Family, owners of the Blues, there was no better place to play. Not only did the players and owners get along and support each other, our wives actively supported the team’s charitable causes. According to Floyd “we didn’t consider ourselves players, or players wives, we all thought of ourselves as a team.”

In 1978-79 he was sent to the Salt Lake Golden Eagles in the CHL. He made the CHI Second All-Star team in 1978 and the First All-Star Team in 1979 when he led team scoring with 41 goals and 40 assists in 76 games. He captained the team for three years taking them to Central Hockey League Championships, one in 1979-80 and again in 1980-81, winning two more championships.

One of the awards he was most proud of is the Iron Man Award given to him in 1978 by the CHL for total effort, endurance and commitment.

Floyd retired in 1982 after thirteen outstanding and distinguished years in professional hockey and moved to Dunchurch.

Floyd Thomson’s hockey career was one of dedication, hard work and perseverance. He can proudly lay claim to earning the honour as a very worthy inductee of the Bobby Orr Hall of Fame.