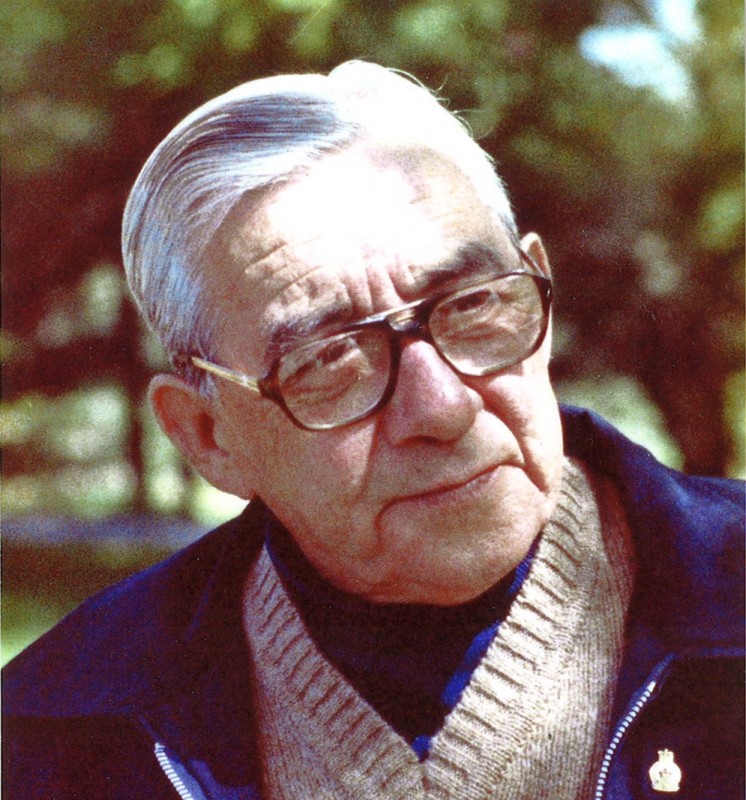 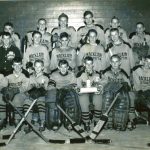 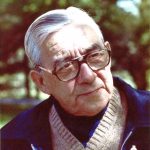 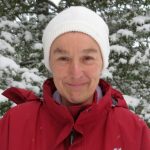 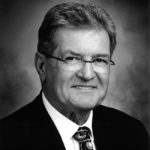 William “Bill” Peachey was born in 1905 in Tottenham, England, one brother of a large family of ten sons and one daughter. After the death of his father fighting in WWI, his mother and the ten boys moved to Canada to join the only daughter of the family, Joyce, who had married a Canadian serviceman during the war.

Eventually they all settled in Parry Sound, where the brothers joined forces to help the family survive the Great Depression. They found various jobs in the area, and Bill and three others found employment with Canadian Industries Limited before the war. When WWII began, six of the boys, including Bill, enlisted in the Canadian Forces to serve in the war effort. He joined the Army, training as a gunner. Tragically, after the European Theatre claimed three of the Peachey brothers, Bill returned to Parry Sound as the oldest surviving son. He married and raised a family, while spending 38 years working with CIL.

During those years, he immersed himself in the activities of the community. He was an avid enthusiast of most sports, but minor hockey soon became his greatest passion. During the winter, Bill transformed his large vegetable garden into the neighbourhood ice rink, complete with painted lines, lights and boards.

Bill’s philosophy of ‘keeping the kids on ice and out of hot water’ led to the beginning of the growth of community league hockey in Parry Sound. His dedication and his involvement, along with that of others, led to the more formal structured hockey programs which exist today. The Parry Sound hockey program that he helped create became a model for similar programs throughout the province. His belief that youngsters needed the direction and structure provided by an organized community sport, along with his continuing dedication, led to the development of league play for all ages, and brought Parry Sound into the OMHA and Little NHL tournament play. In 1942, Bill officially registered the first Parry Sound OMHA team. With this philosophy in hand, Bill helped create the Ladies Auxiliary whose tireless efforts in fundraising helped pay for many young people’s dream of playing in community hockey leagues.

With Bill’s oversight, the Parry Sound Hockey Association became one of the best known and highly regarded programs in the OMHA and Little NHL. At one point, he was president of the Little NHL and a member of the executive committee of the OMHA. Like many others, he committed himself to minor hockey and to the long-term benefits that it provided the athletes involved. He hoped and believed that organized hockey could become a conduit for players to gain a college education and/or a future in the NHL. Many of his players did, in fact, become professionalathletes. He served as coach to several prospective NHL players.

In the early 1960’s, Bill coordinated the first program for girls hockey in Parry Sound. In November of 1961, Bill Peachey put out an article in the North Star “Calling All Girls” to see if there was a sufficient
interest in forming a girls hockey team. Indeed, there were enough interested girls to enable a league to be formed. The Parry Sound teenage girls team was named “The Peachettes”.

In April of 1956, Parry Sound hosted the Little NHL Tournament for the first time. An influx of 350 kids swarmed into Parry Sound area to participate in the tournament. Despite Parry Sound teams not qualifying for the event, the tournament was a huge success. Bill was proud to accept the Lionel Conacher Trophy for the Town of Parry Sound. This trophy is given each year to the town whose efforts on behalf of boys hockey is outstanding.

Bill was a complex individual. His interests extended from being a history buff, an avid reader, a contributor to community service and a voice for environmental issues. He became very involved in the Royal Canadian Legion and managed its operations for several years. As a strong advocate of the importance of involvement in community affairs, he urged others to become more active in the community.

One of his greatest pleasures was time spent on Georgian Bay. A long way from Tottenham, the Bay and its natural history and beauty became a part of his soul. His induction into the Bobby Orr Hall of Fame will ensure that his legacy in Parry Sound will never be forgotten.