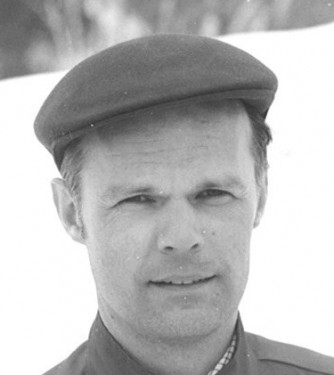 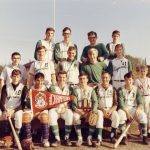 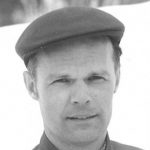 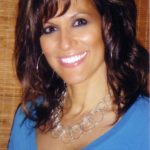 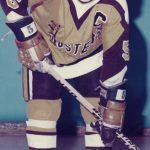 Rodney A.F. Dixon was born in Hamilton Ontario in 1932 . The only son of Alexander and Helen Dixon, Rod attended Central Public school and then later Westdale High School until he moved to Waterdown where he finished high school. Rod played high school basketball, football and track and field. After high school he attended McMaster University where he graduated in Biology in 1955. During his McMaster years, he did a study in the Arctic researching Caribou and Musk Ox for four months. Rod also played intramural basketball, football and hockey while in university. Rod graduated in 1956 from the Ontario College of Education. He met and married Arlene Sims in 1956 and started his teaching career in St. Catherines at Grantham High School where he also coached senior football for 10 years. While living there they had three children, Jeffrey (deceased), Paul and Melanie. In 1966 Rod and Arlene moved their family to the north where he taught Biology at West Parry Sound High School until he retired in 1987. He became an active member of the Parry Sound community supporting and being active with all ages.

Rod’s dedication to the sport of hockey and the local youth became evident as soon as he moved to Parry Sound in 1966 as he helped with house league Squirts until 1968. In 1968 Rod joined the minor hockey club and served until 1985. Rod moved on to coach and manager of the Parry Sound Muskoka Novice (Atom) team in 1968-71. In 1970-71 he and his partner coach Ray Barks won the Minor A Zone 5 Championship eliminating Collingwood in the finals, winning both games. Rod became the manager of PSMH Peewees during 1971-73.He acted as manager/coach for PSMH Bantams during 1973-75. Rod took on the coaching position for the PSMH Midgets during 1975-78 and in 1976 the Midgets won the ‘B’ PSMH Northern Ontario Championship. They also received the Muskoka- Parry Sound- Georgian Bay Titles.

In 1973-74 Rod was the President of Parry Sound Minor Hockey. During the 1970’s he was a member of the Rotary Club. During this time he helped raise $30,000.00 as its pledge towards the new arena and he was also appointed by the town to the Arena Building Committee for the new Bobby Orr Community Centre. Rod also arranged with the town to have an outdoor rink built near the remains of the old arena that had burnt down, where the present day tennis courts stand. This way the public could still practise hockey skills and the house league could play its games while the new arena was being built. Rod, Ray Barks (who arranged for the fire department to flood the ice) Bud Stevenson (who ran the house league) and Gord Johnson, were involved in the Novice, Peewee, Bantam and Midget PSMH  home games being played at Burks Falls arena every Sunday afternoon. This way the kids could keep playing the sport they all loved to play.

For twelve years Rod served on the local chapter of Power Squadron. He taught the boating course for eight years and was also on the Executive for a few years.

In 1974 he was appointed by the town council to the Library Board and served Parry Sound until 1985. Rod spend a further 12 years on the Carling Board for a total of 25 years of Service. He also served as Library Board Chairman for several years. In 1974 he was asked by Mayor Vincent Dunn to help organize and run the town’s first Horse Show.

For 22 years Rod played duplicate bridge in the community and became a National Master Player.

In 1987 Rod was asked by Dave Thomas, Chairman of Parry Sound Centennial Committee, to organize and put on the first Antique and Wooden Boat Show at the town dock. It was a success and is just another one of the activities that shows Rod Dixon’s commitment to the Parry Sound community as a whole.

Rod Dixon was not just a part of Parry Sound hockey but a major part for almost 23 years. He loved being” behind the scenes’ managing the kids and teams to victories silently, proudly and with dedication. Rod was there supporting and encouraging the kids of hockey whether he was in the time keeper’s box, collecting stats in the stands, managing the team and the equipment, coaching or at some hockey meeting. He opened his home on Friday nights to hockey players so they could eat dinner with his family before the team left for the away games. Rod’s family’s hospitality was extended to players who lived with them. Norm Roy, Ron Caldwell and Steven Desmelus all made the Dixon home their own so that they could attend school locally during the hockey season.

Rod now enjoys his retirement with his wife in Aspdin, near Huntsville. He enjoys playing Duplicate Bridge and is still a member of the American Contract Bridge League and a member of the Antique and Classic Boat Society. He enjoys spending time at the cottage on Skeleton Lake with his son, daughter and granddaughters. He loves going for walks with his dog, James. Rod can also be found occasionally relaxing, reading mystery novels while listening to music such as Big Band and Jazz.

Rod loved his years in Parry Sound and still remembers and talks about the years with fondness and pride.

For his dedication to youth, sport and our community, we welcome Rod into the Bobby Orr Hall of Fame!